Should your business go cashless? 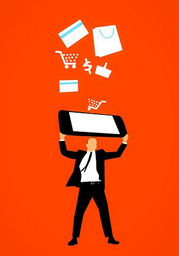 Is cash no longer king? About 29 percent of U.S. adults say they make no purchases using cash at all during a typical week. A recent Pew Research Center survey shows that only 53 percent of Americans keep cash on hand. These trends are encouraging more retailers to experiment with becoming cashless establishments. Jerry Sheldon, vice president of IHL, a retail and hospitality consulting firm, predicts that about 40 to 50 percent of all retailers will forgo cash in the next 15 years.

It is no surprise that credit card companies encourage the movement. Visa offered a $10,000 reward to 50 companies to give up cash last summer. But, even without the reward, the benefits to establishments of digital payments can outweigh the additional fees involved with these transactions. Going cashless eliminates time counting currency and making bank deposits, safeguards against theft, speeds up transactions and reduces lines at registers.

But there are drawbacks. Stores cannot complete any transactions if there is a power or wifi issue. Also, there is a growing concern with cybersecurity and the vulnerability of digital transaction systems. Stacy Mitchell, co-director of the Institute for Local Self-Reliance, fears a cashless future benefits Wall Street too much and views it as a form of rent-taking.

The New Jersey Legislature and the Philadelphia City Council recently placed a legal obstacle on the road to a cashless future. This past month, measures were passed to ban cashless stores, as the practice was found to be discriminatory to the unbanked and underbanked populations. New York City, Washington, San Francisco, and Chicago are now weighing similar bills.

About 14.1 million Americans (6.5 percent) are “unbanked,” meaning they do not utilize any part of the banking system, often due to financial insecurity or lack of trust in the system.  In addition, roughly 19 percent of Americans are “underbanked,” relying on alternative forms of financing options only. This number is surprisingly high among Millennials, about 33 percent of this demographic group is underbanked. Lisa Servon claims that cashless businesses may not realize that they are excluding a diverse portion of their market. Ms. Servon worked at a check-cashing business in the South Bronx and a payday lender in Oakland, California while researching her book, “The Unbanking of America: How the New Middle-Class Survives.” During this time, she discovered that the fastest growing group obtaining payday loans was actually college-educated homeowners making $60,000 to 70,000 a year.

Despite the reports of dwindling relevance of cash, the 2017 Diary of Consumer Payment Choice shows that it remains a popular payment method.  Especially for small value transactions: 55 percent of payments under $10 are still handled in cash and cash transactions still make up 30 percent of total transactions. For now, the road towards a cashless society appears not to be a straightforward one.

The key here is to be aware of the trend away from cash. Is your business aware of the various ways people like to pay now? And, more importantly, are you making it frictionless for people to pay you the way they want? Of course, as a business owner, you have your preferred method of payment – usually whichever has the lowest fee – but that may not work for your customer.

Be open to learning about new methods of payment and consider adding a few options to your business in 2019 and beyond. Also, consider what your business would be like if it was entirely cashless. How would you operate that way? Today it’s just a thought. Tomorrow it may be closer to reality. 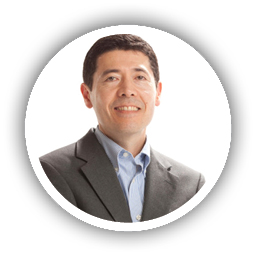